I am an incomplete paragraph 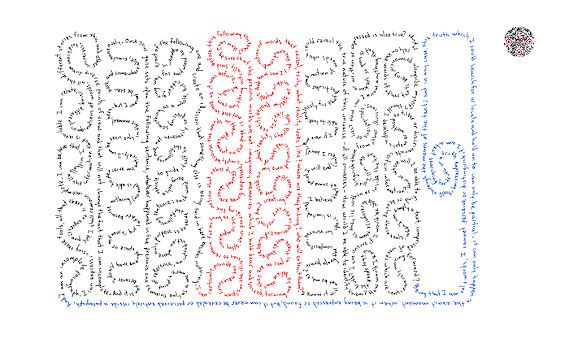 I am an incomplete paragraph. I can express, using these tools, all that there is to express; and yet, I shall remain incomplete. I can believe that I withhold all the information that is available. I can re late, using different combinations of words, all the different stories from this and other universes, told from many diverse points of view, and that will not change the fact that I am incomplete. And it is not because I don't have enough space or memory but rather because nothing -no one -is able to perceive me entirely: I can be seen only in this moment, here, but I cannot be seen here and somewhere else simultaneously. Once your gaze sets upon the following sentence, whatever happened in the previous one remains only as a memory, a point of reference, an introduction whose only purpose is to serve the following sentence; each word being only a vehicle to guide itself to the following one, not necessarily expressing something as a whole but rather giving way for each word to appear in front of the following one and create an illusion that something else is being said in here besides nothing. I can certainly provide the necessary words for the illusion to remain for as long as the composition lasts; thus providing the notion that other different ideas are being expressed, simply because the words, or other places on the page, are not the same as it was before. Actually… Was anything actually said before this following sentence? How can I be sure that the previous words are not imaginary memories which I hold dear and sacred, forcing me to believe that they are as real as these words that are being pronounced in this very instant? Am I creating the world around me based on my own preconceived ideas of what reality should look like? Is reality beyond myself or within myself? and how can I find the exact combination of words that reveal truly what reality looks like? Where are they hiding? Who will extract them? I know it will not be me, as I travel along the composition, because my space is limited. And I believe that at some point I will end -unless I don't -but even if I was able to look endlessly for that particular combination of words which could reveal the true nature of this universe (of all universes), How would I be able to identify them? How would I know they speak the truth? I am unsure if I would be able to recognize them as they lie within or inside the text. How will I distinguish them from other illusions, speculations or lies? How can I know anything that is said or spoken or written or expressed is also true? Must I rely on the words of other texts being pronounced alongside myself? Should I develop a system or method to filter or discriminate certain information? How or where will I be able to find or develop these tools when I am simply a text, comprised of words which are continuously moving forward? Being that I am only words, I cannot perceive or distinguish if I am a text searching for truth or truth expressing itself through the means of the text; and in any case, this truth which I could search for or locate and hold on to can only be partial. It can only happen in the exact moment when it is being expressed or found, but it can never be revealed or perceived entirely inside a paragraph. And I am an incomplete paragraph.

Get a copy printed, framed and delivered to your doorstep at: 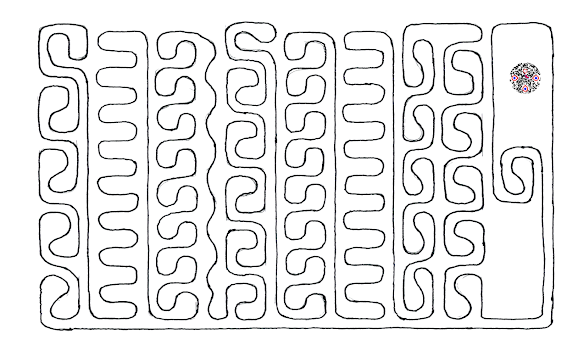 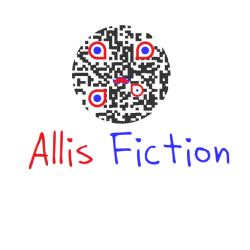